Mr. Martino took over as Director of the Clark County Public Library in May of 2018.

In addition to his work with libraries, Martino has also taught classes in History at Kent State University, beginning in the early 90s to May 2018.

A native of Canton, Ohio, Mr. Martino received his undergraduate degree from Hiram College with a double major in History and German, his MA from Akron University with a degree in History and his MLS from Kent State University. Upon completion of his undergraduate and graduate degrees, Martino started his library career at the Stark County District Library in the Technical Services Department.

Get a Library Card 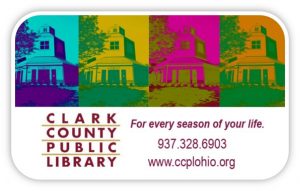